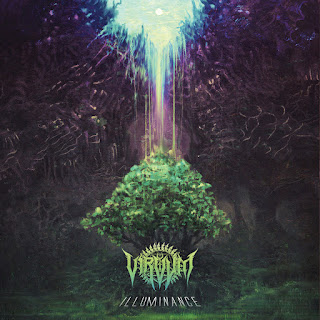 "A journey to a place where timelessness reigns and nature blooms in strangest colours; a heavenly place far beyond comprehensible perception." - Guitarist Nic Gruhn on Illuminance


Technical death metal is a tricky thing to do right. On one hand, technicality and mind-bending flourishes of brilliance at blazing speed come with the territory and rarely fail to impress on the initial spin of the latest tech death platter, but what about the songs? The carefully crafted structures that leave the listener bobbing their head for days after the first listen in fond recollection of a verse or bridge that not only impressed, but imprinted itself into their subconscious? Metal of a progressive and technical bent often struggles to gain a foothold in the rocky crags of an adult mind, fatigued by the frequency of new releases and struggling to simply absorb the sheer quantity of input flying by on a daily basis. Some of the best technical and progressive albums are 'growers', artistic statements that need to be chewed over and absorbed in order for their heart and soul to be bared to the listener. But what if you could have both? Memorable passages that seep into your thoughts as soon as you hear them, with additional layers to be peeled away and savored over future listens? Enter Virvum and their stunning debut album Illuminance.


With technical death metal in the midst of its second renaissance, Switzerland's Virvum is perfectly poised to be ushered into the pantheon as one of the greats. Rarely has a debut impressed like Virvum do with Illuminance, its swirling compositions switching between blistering  blast beats and dreamy soundscapes with almost unnatural ease. Composing guitarist Nic Gruhn shows shades of influence from  Fallujah (with whom he once filled in on tour), Decrepit Birth, and early The Faceless, combining them with progressive guitar melodies and breathing structures that are reminiscent of last year's criminally under-known debut A Tunnel to Eden from Alustrium. That's not to say that Illuminance feels derivative. It wears its pedigree proudly, while building a house of its own atop the foundational concrete of the pioneers that came before it, and the results speak for themselves. 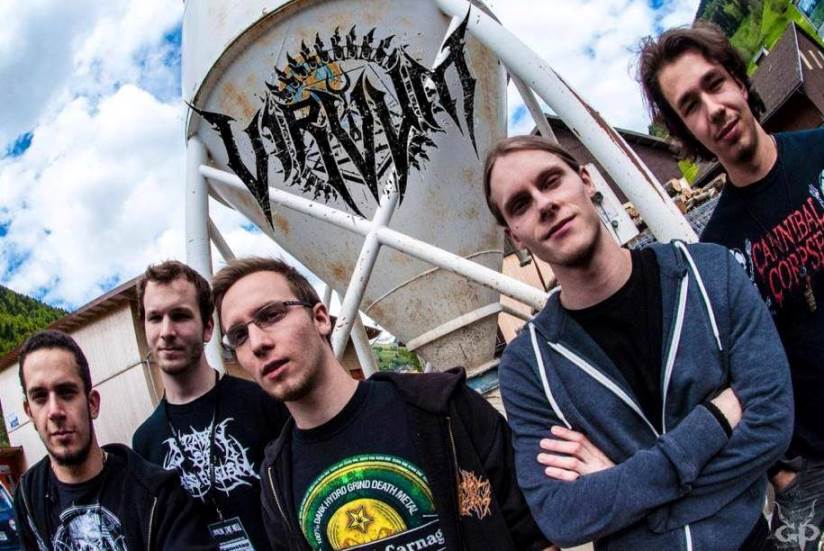 Illuminance opens with the triumphant marching instrumental "The Cypher Supreme", its tremolo picked bends and churning bass runs ushering you into the meat of the album with aplomb before descending into a slow sludgy riff that flows into "Earthwork" where we get a first taste of vocalist Bryan Berger who maintains a deep throaty growl occasionally intermixed and layered with raspy barks. Arran McSporran's bass shines high up in the mix, adding a 'floating' vibe that calls to mind the work of Beyond Creation. The nine-minute long title track makes liberal usage of  clean guitars and slowly building passages reaching to climatic heights, fueled by the precision fills and double bass of skinsman Diego Morenzoni.

When reviewing an album like Illuminance, it's difficult to pick a standout track since all shine and tell a story of their own. With this album, it's more about the individual moments that leap out, grabbing your attention and remaining with you days later. Lead single "Ad Rigorem" features one of the most memorable chorus riffs and guitar solos of the album, while follow-up "Tentacles of the Sun" showcases a bass solo set to dreamy clean guitars. The two part suite of "I: A New Journey Awaits" and "II: A Final Warning Shine: Ascension and Trespassing" drive the album to a climactic finish, bringing all of the build up together into one final twelve minute crescendo, even incorporating keys and a touch of clean vocals right when the song calls for them.

It will be interesting to see where Virvum goes from here. A self-released debut of this caliber should get the attention of record labels, and the album is selling quite well on Bandcamp.com. The band has also made it clear on their social media that they aren't just a studio band, but hope to tour as well, so with the support of a label they could someday be playing all over the world. It looks like a bright future is in store for Virvum. The hype is real.