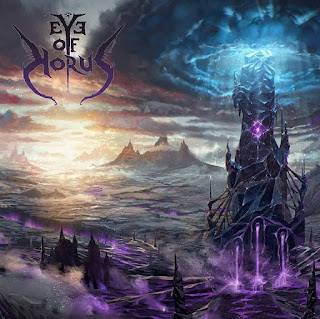 Just take a moment and soak in that gorgeous cover artwork by the talented Federico Musetti. Say what you will about Edmonton, Alberta-based death metal outfit Eye of Horus, but they are blessed with consistently high quality artwork gracing their covers that just screams modern death metal (and a love for mysteriously glowing towers.) Eye of Horus bills themselves as melodic death metal, and while there is absolutely a degree of melodic death influence in their songwriting, it's not the only sub-genre that springs to mind by a long shot. Obsidian runs a wide gamut of sound from melodic death to black metal, even tastes of what feels like deathcore from time to time, at the core of which is a solid foundation of slightly-blackened death metal. Obsidian is a step up in songwriting from the band's previous album Infernal Calling, somehow feeling more diverse in influences while being more focused in composition, a fine feat for any band zeroing in on their own signature sound.
Click here for the Full Article »
Posted by Jeffrey R Dean at November 30, 2016 No comments: 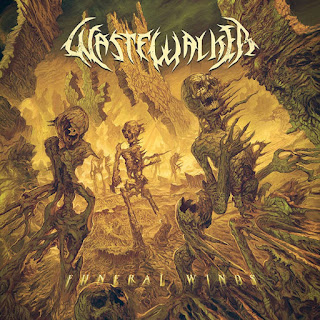 Funeral Winds is the debut album from Sacramento-based melodic/progressive death metal band Wastewalker. Despite being mainly lumped in with modern tech-death acts by press and fans alike, this debut owes a weighty portion of its sound to the melodeath greats that came before them while adding in just enough tech and progressive elements to be their own unique animal. Just listen to the leading riffs of opener 'Hazmat Birth' and the melodeath influences will be more than readily apparent. Genre conventions aside, how does Wastewalker stack up against the competition in an ever growing pool of talented metal artists? The band features a number of notable names from modern metal, including Alterbeast vocalist Cam Rogers, John Abernathy from Conducting From the Grave, Sepsis's Nate Graham on guitar, Dire Peril's Justin Tvetan on drums, and is rounded out by Joel Barerra on bass.With this kind of pedigree, metal fans that have been in the loop for the past few years should know that they're in for something killer.

Click here for the Full Article »
Posted by Jeffrey R Dean at November 16, 2016 No comments: 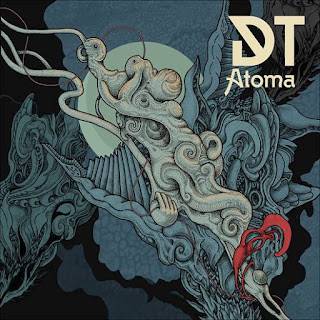 
November marks the return of two Gothenburg, Sweden-based melodic death metal originators, and while the collective metal community seems to have given up on In Flames after their numerous and storied shifts toward a pop-metal sound, Dark Tranquillity stand accused of an entirely different crime: stagnation. Even DT's staunchest supporters generally admit that since 2007's album Fiction, Dark Tranquillity have been in a creative rut that just keeps getting deeper and deeper. 2010's We Are the Void failed to innovate or garner much attention in an increasingly over-saturated metal scene, and in 2013, Construct proved that consistency of output isn't always a net positive. And then in early 2016, a bombshell dropped: founding band member Martin Henriksson quit the band, stating that he had "lost the passion for playing music", leaving fans more nervous than ever about where Dark Tranquillity would go from here on out. This brings us to the November release of Atoma, the latest DT platter and their first album post-Henriksson. So how does the new album measure up against Construct? Have Dark Tranquillity broken the chain of Fiction-clones and produced something for Gothenburg metal fans to sink their teeth into?
Click here for the Full Article »
Posted by Jeffrey R Dean at November 06, 2016 No comments: