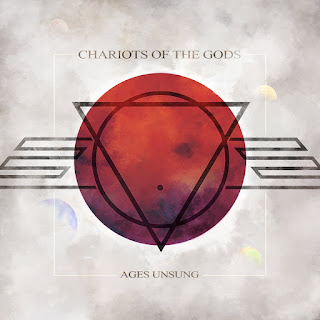 Something amazing has happened here. Forget all you think you know about Einstein-Rosen bridges and throw your quantum mechanics textbooks into the void of the closest wormhole, because Ottawa, Ontario-based metalcore/melodeath band Chariots of the Gods has at last uncovered the mysterious art of time travel. It's difficult to know exactly how it all went down, whether a group of intrepid space/time-faring musicians traveled fifteen years forward in time to remind us future-dwelling technophiles of a time before smartphones and Spotify, or if some nefarious songsmith devised a means of filtering our modern consciousness into the past, (no doubt all part of some grand scheme of world-domination), but either way prepare yourself to rock like it's 2002 all over again. So if you are or were a fan of early Killswitch Engage, Shadows Fall, Trivium, or the early New England metalcore scene, you might find this trip down memory lane a welcome diversion from the fast-paced uncertainty of the digital age.


Ages Unsung is unabashed metalcore in the vein of the aforementioned Killswitch Engage and Shadows Fall combined with a smattering of Swedish melodic death metal sensibility a la mid-career In Flames, recorded with acclaimed Montreal producer Chris Donaldson (Cryptopsy, The Agonist, Beyond Creation, Neuraxis.)  The whole presentation is a notable step up from the band’s previous LP 'Tides of War': The songs are tight and well-written, the production clean and crisp, and the melodic rhythms and leads soar at exactly the right place in the mix. This isn’t to say that the album is without a few missteps however. Lead single ‘Tusk’ stumbles when it hits its chorus, the clean vocals inexplicably high in the mix, sounding somehow out of place and intrusive every time they pop up. Fortunately this is a phenomena that doesn’t generally plague the rest of the album where the cleans are layered and properly centered within the overall sonic assault. 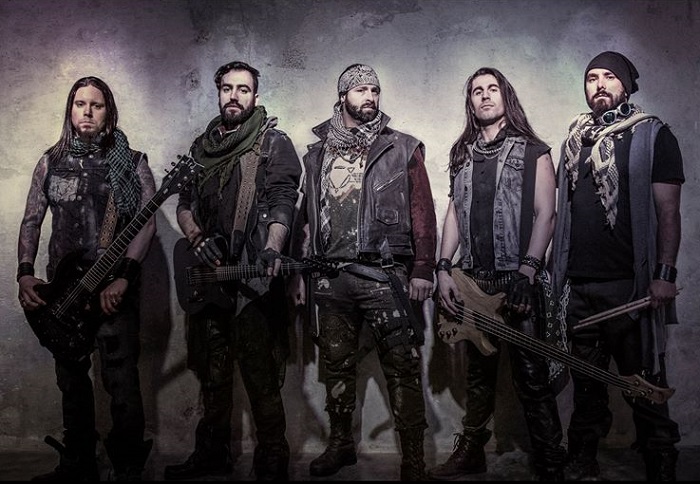 Opener ‘Primordial Dawn’ ushers the album in with a reserved piano intro leading into a chugged guitar that merges into the first proper track ‘Tusk’, a straightforward barn-burner that won’t fail to get your head banging, unfortunately let down by a tepid and poorly-mixed clean chorus. The remainder of the album fares better with mid-album standouts like ‘War of the Gods’ and ‘As the Sky Falls’, both of which contain excellent riffing and solos that never get old spin after spin. The clean vocals also work much better here than they do on ‘Tusk’, feeling natural and integrated rather than tacked on.

The album makes an unexpected turn on ‘Through Darkness and Decay’, a rock ballad which takes more of its inspiration from early 2000’s hard rock, the verses bringing to mind some of the more popular Aaron Lewis/Staind tracks that defined an era of radio rock. Seriously, it’s scary just how closely Christian Therien’s more subdued clean vocals resemble Lewis’s. The track is solid, and offers a brief moment of respite from the relentless Killswitch-esq guitar melodies that define the rest of the album.

Ages Unsung is a near flawlessly executed  metalcore album that would have catapulted Chariots of the Gods into stardom if it were released in 2002. The music in fun and engaging and the playing feels vibrant and alive. Unfortunately for our time-traveling troupe of troubadours, much of the musical landscape has changed in the intervening years, and there remains an ill-deserved disdain within much of the metal community for bands who openly fly the flag of metalcore. Chariots aren’t doing anything new here, nothing that you haven’t heard before, but the music is so well executed that it deserves at least a cursory listen, if only to bob your head on a trip down memory lane. And if you get one of their many ear-worm moments stuck in your head and you find yourself humming out a chorus days later, you’ll be all the better for it. Check out Chariots of the Gods’ Bandcamp page here to stream the entire album for free.