Twenty-seventeen has been a crazy year, filled to the brim with quality metal from all corners of the globe in all sub genres! While the blog has been slow to update due to the sudden availability of paid writing work (the horror!) that doesn't mean that we (me) at Metal Undercover haven't been keeping up with new releases! Take a gander below the cut for the albums of the year, and keep a close eye on the blog in the coming weeks for discussion of some extremely honorable mentions!

Click here for the Full Article »
Posted by Jeffrey R Dean at December 18, 2017 No comments: 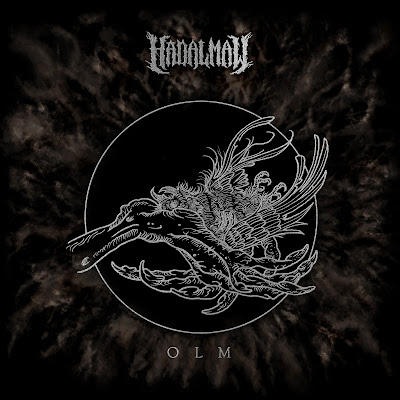 
Hadal Maw's sophomore release, Olm, sees quite a few changes to what was once another 'me too!' in a sea of tech-death metal bands. Three years and one new vocalist later they've gone darker and slower, sacrificing much of their technical wankery on the altar of atmosphere and rhythmic groove. The Meshuggah influence is strong here, and while it's not overpowering, it shows through in composition, guitar tone, and even occasionally in new vocalist Sam Dillon's varied screams. The album should resonate with fans of slow to mid-paced atmospheric death metal, while fans of a more speedy tech death would do well to give the band's previous album Senium a spin or two.


MORE BEHIND THE CUT! Aeternam's Ruins of Empires and Primal Attack's Heartless Oppressor

Click here for the Full Article »
Posted by Jeffrey R Dean at February 12, 2017 No comments:

A Year in Review: Metal Undercover's Top Ten Albums of 2016

Twenty-sixteen was one of the best years for metal in recent history, and the sheer quantity of quality releases was truly off the charts. I went into the process of creating this (late) list completely overwhelmed by the number of albums from the past twelve months and no real means of doing them all justice. Now, this type of list is, of course, subjective and caters to the whims of the individual author. In my case, I spent a good portion of 2016 obsessed with technical death metal, and that will show quite obviously on my list. As always, your mileage may vary. Here are my favorite metal albums of 2016: