A Year in Review: Metal Undercover's Top Ten Albums of 2016

Twenty-sixteen was one of the best years for metal in recent history, and the sheer quantity of quality releases was truly off the charts. I went into the process of creating this (late) list completely overwhelmed by the number of albums from the past twelve months and no real means of doing them all justice. Now, this type of list is, of course, subjective and caters to the whims of the individual author. In my case, I spent a good portion of 2016 obsessed with technical death metal, and that will show quite obviously on my list. As always, your mileage may vary. Here are my favorite metal albums of 2016: 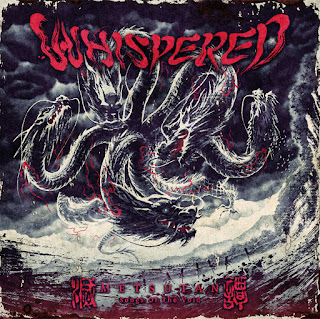 Runner Up: Whispered - Metsutan Songs of the Void

Whispered continues their bizarre melding of high-energy melodic death metal with traditional Japanese instruments and melodies. In a scene where true originality is often hard to come by, a band that genuinely sounds wholly unique is a breath of fresh air. While they didn't make it onto the top 10, Metsutan is an album that should at the very least be checked out if you have any interest in melodic death metal and metal mixed with traditional instruments. 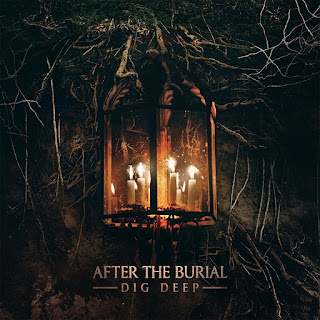 A triumph in the wake of immense personal tragedy, Dig Deep was recorded after the highly unusual events which culminated in the death of guitarist Justin Lowe, and the rawness of this event is plainly apparent in the recording of this deeply personal album. After the Burial have refined their sound here, perfecting their progressive djent style without necessarily pushing their boundaries. The energy is high and angry, and the staccato rhythms are out of this world. 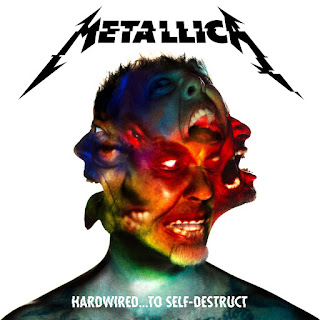 Raise your pitchforks and torches if you must, but it would be remiss of me to not include Metallica's first album in eight years on my list. Hardwired is the best album Metallica have put out since 1991, moving past the childish angst of St. Anger, and the awful brickwalled production of Death Magnetic to create the album that Metallica fans have been dreaming of for two decades now. Yes, I realize it's unpopular in the metal community to admit that you enjoy a Metallica record these days, but I'll be damned if I don't admit that each and every one of these songs stuck with me from the first or second playthrough, caught in my head for days. Is it a perfect album? Of course not ('Murder One' is particularly weak), but it's some of the best riffing Hetfield has done in ages. I defy you to listen to 'Spit Out the Bone' and then say that Metallica doesn't still have some of the best chops in the business. 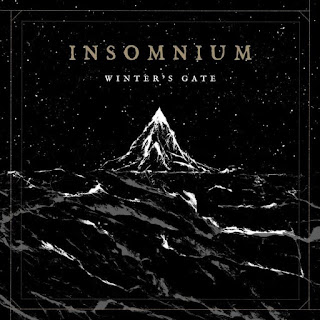 I'll admit that I had my doubts when it was revealed that Insomnium's new record was a concept piece in the form of a single 40-minute song, but damn did they ever pull it off. Melodic death metal mixed with progressive tendencies is always a great mix, and Winter's Gate features some of the best composition in the genre as the track flies through a wide variety of moods, themes, and movements. Layered clean vocals make a regular appearance here, creating a beautiful juxtaposition with the growls and heavier guitars. With Winter's Gate, Insomnium have created one of the best single-song albums in the history of metal, up there with legends like Edge of Sanity's 'Crimson' and Green Carnation's 'Light of Day, Day of Darkness'. 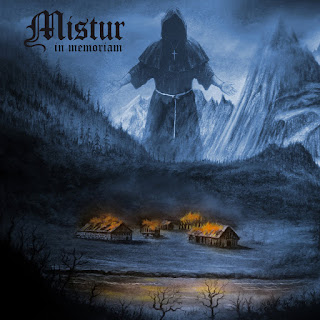 The best black metal album I've heard in years: blistering tremolo-picked walls of sound and swirling cacophonies of riffs mixed with just the right amount of atmosphere. Unlike most modern movements of black metal which sacrifice riffs for the sake of droning atmosphere, Mistur opt to keep things old school in terms of composition, while keeping in touch with modern production sensibilities. What we, the listeners, get from this combination are all the benefits of riff-based black metal without the tinny minimalist production that many black metal classics are saddled with. 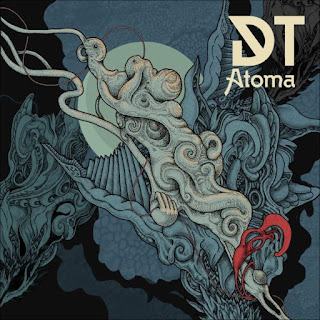 It's been a rough ten years or so for Sweden's Dark Tranquillity. Since the release of 2005's 'Character', this Gothenburg original has seemed to languish, stagnant and unable to grow, releasing several albums that simply retread the same ground over and over again without pushing forward. While Atoma is still well-mired in the swamp that is Dark Tranquillity's lack of evolution, it is by far the best effort they have put out in the last decade, and everything about this album from its production to its song writing shines with quality. Here and there a patient listener can hear glimmers of new ideas mixing with the old (the bonus tracks in particular are reminiscent of 1999's brilliant album 'Projector') and it's obvious that Atoma is the peak of DT's current sound. This is a great stepping-on point for new fans as well as a place for old fans to come back into the fold. 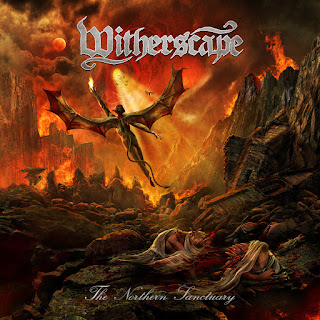 Put quite simply, The Northern Sanctuary is the best album Dan Swanö has put out since Edge of Sanity's 'Crimson'. This album simply oozes quality, from its exacting production values to its memorable ear-worm songs. Witherscape play progressive death metal heavy on hooky choruses and clean vocals that somehow manages an almost pop-music level of catchiness without sacrificing heaviness. This is the continuation to Edge of Sanity that fans have been waiting for, and it's glorious. 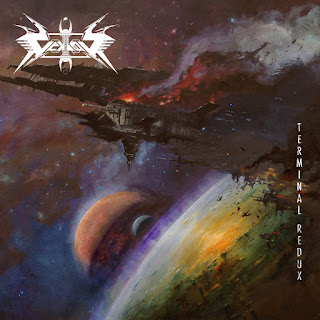 These thrashers just can't catch a break. No sooner do they put together a phenomenal album that breaks into almost all of the metal press's top 10 lists than they lose 3/4 of their members, leaving David DiSanto (guitars/vocals) the only remaining player. Terminal Redux is a triumph of long-form song writing and Vektor is the only thrash band that could get away with an album over seventy minutes long in a genre where efficiency and brevity are king. And a concept album no less! That's not to say that Vektor outstays their welcome, on the contrary, each track is filled to the brim, overflowing with ideas, hooks and riffs. 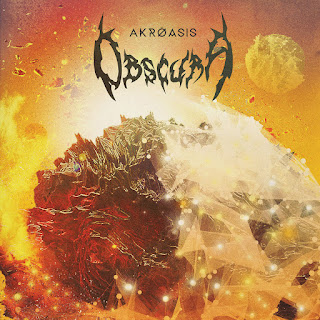 Speaking of bands with only one original member left standing, Obscura managed to knock it out of the park with this absolutely enthralling technical death metal record filled to the brim with spacey fret-less bass and otherworldly guitar solos even after losing all members other than founder Steffen Kummerer (guitars/vocals). As a huge fan of the band's previous album Omnivium, I'll admit that I was possessed with a fair degree of trepidation when I first heard that the band had undergone such a massive change in personnel, but Kummerer seems to have a knack for attracting incredible talent to Obscura, and every second of this album shines with polish. The mix is alive and organic, with just enough of a futuristic shine to it to evoke the occasional Cynic vibe. Other than the more straightforward and brutal track 'Ode to the Sun', Akroasis is progressive tech death to its core and would have easily claimed the top of this year's list if it hadn't been for the return of a former greatness and a young upstart band that came out of nowhere to win the prize. 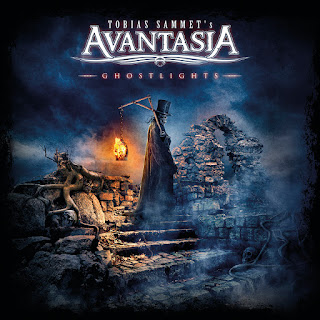 Easily the best power metal release of 2016, Avantasia's Ghostlights is a monumental return to form that utterly shocked me with its grandeur. The songwriting is tight and hooky, the cheese is kept to manageable levels, and the choruses are simply to die for. Avantasia haven't sounded this good since their debut The Metal Opera all the way back in 2001. Ghostlights features a veritable who's who of guest vocalists: Dee Snider, Geoff Tate, Michael Kiske, and more. Opener 'Mystery of a Blood Red Rose' is the biggest earworm of the bunch and would sound perfectly at home on one of the better Meatloaf albums. I defy you to listen to 'Draconian Love' and 'Let the Storm Descend Upon You' and walk away without those verses and choruses stuck in your head for days. Topping it all off is a rich and decadent production that is truly a pleasure to listen to

Album of the Year: Virvum - Illuminance

At number one, a surprise upset that seemingly came out of nowhere is Switzerland's own technical death metal outfit Virvum and their debut: Illuminance.  Rarely has progressive technical death metal been so captivating, uplifting, and well-composed. Not only is Virvum's first album the debut of the year, it blew away even its long-running competitors. Read Metal Undercover's review of Illuminance HERE. 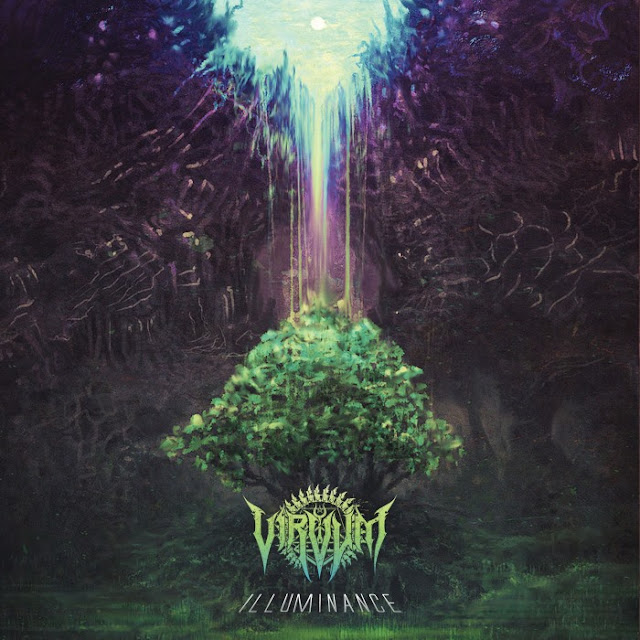